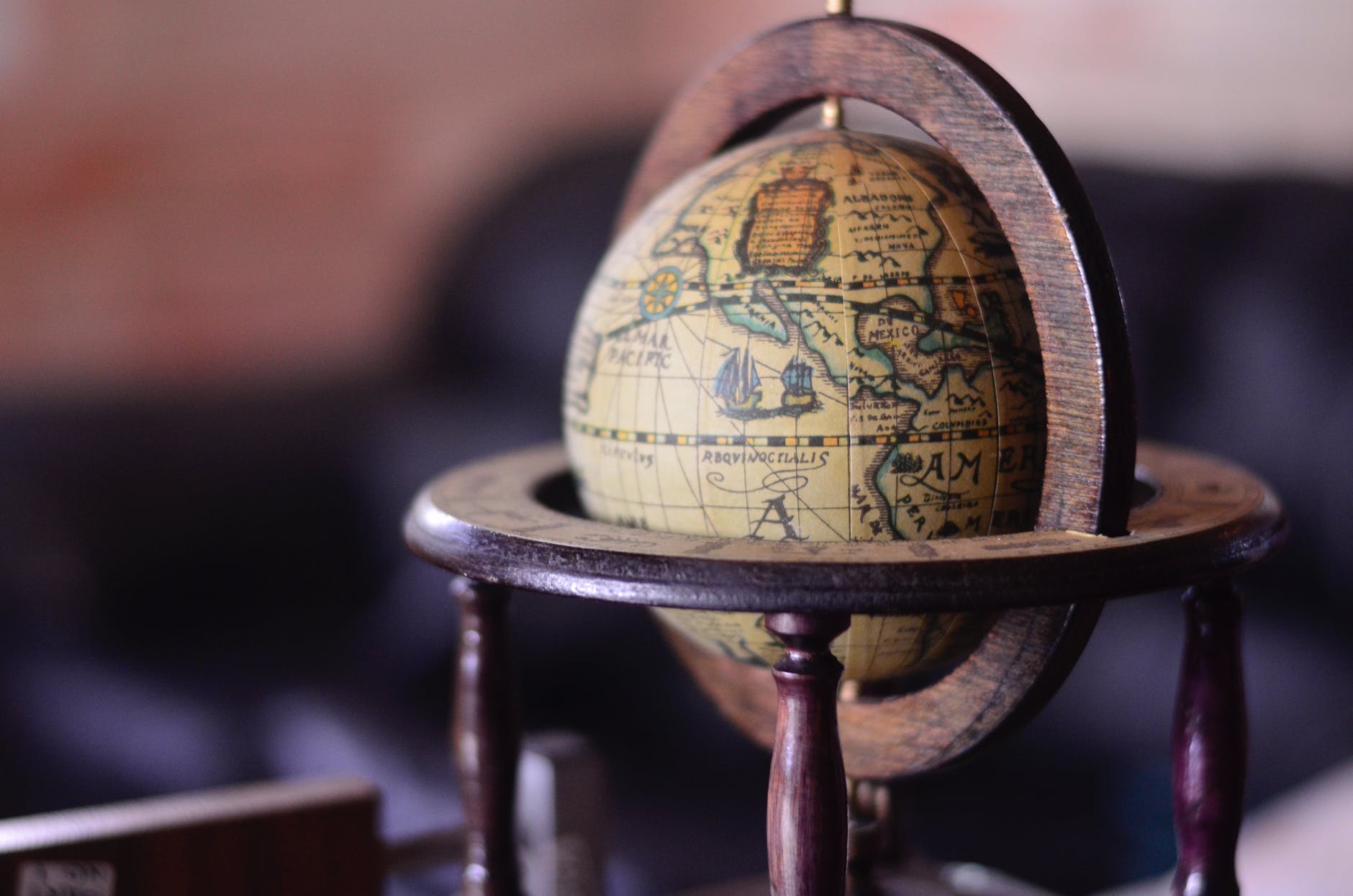 I remember reading Celeste Teal’s famous book ‘Eclipses’ back in the fall of 2016. At that time I was spending a few pleasurable weeks in NYC, during which I alternated my trips around the city with hours of in-depth reading. The book had come to me at the right time, becoming so helpful that I think I devoured it in around 10 days. Still unaware of many large-scale astrological patterns, I became more familiar with the energy and meaning of eclipses. A major realization for me at that time, the fact that ‘triggering planetary transits’ reawaken an eclipse’s energy even years after it occurs still remains one of my most important research points.

Mars is now approaching another two-yearly ingress into Cancer. What makes this particular transit special is not its recurrence, but the fact that last year we had an important Solar Eclipse at 0 degrees of Cancer, one of the Cardinal points of the zodiac. Teal’s observations include data upon the major events of 2001/02/03, which included 9/11 and the Middle Eastern military interventions; all events which were concomitant with a similar astrological dynamic. It is worth remembering how an eclipse (whether Solar or Lunar) occurring upon one of these Cardinal degrees can be seen as a relatively rare occurrence. For instance, no such eclipses had occurred for around a century before the Cancer Solar Eclipse of June 2001 arrived. Instead, this century we have already had two (2001 and 2020), while the next one will occur in 2033 at 0 Libra (Solar Partial), followed by another one at 0 Cancer in 2039 (Solar Annular). The 2050s will bring three of such pivotal eclipses (in Libra, then Aries, then Cancer). What this picture suggests is that the 21st century may well be as pivotal as the 19th was. Looking back at the 1800s we can clearly perceive their major evolutionary signature, with the industrial revolutions, the birth of new social movements and, most importantly, the birth of modern nations. A whole article wouldn’t be enough to list the various aspects of social change experienced throughout the 19th century. However, one of the aspects which seems most significant to me is the way the Western world gave birth to new forms of collective coexistence, embracing republican dreams and reshaping the political balance. It is worth remembering how major philosophical movements and political ideologies were conceived during those times, the very same concepts which fecundated the darker side of the 1900s. It takes little to realize that the madness of the first half of the 1900s was after all rooted in the major social developments of the previous century. Marxist theories eventually developed into a multi-faceted political response to the utopianism of the mid-1800s, constellated by one of the most prominent Saturn-Neptune conjunctions of modern history. Whether we call it Leninism, Stalinism, Nazism or Fascism, those movements were after all rooted in the same mid-1800s utopian vision of a levelled society. From a detached perspective, we can clearly see how during the first half of the 1900s society was still experiencing the power of the immense cultural, technological, ideological and religious changes of the 1800s. How interesting to see that throughout the 19th century six eclipses occurred at 0 degrees of Cardinal signs.

Many astrologers still tend to excessively narrow down their research, avoiding the ‘big picture’. I understand that everyone’s research focuses on different aspects, and that some prefer to mainly deal with the day-to-day unfoldment of quicker planetary patterns. After quite a few years of personal research on eclipses, I deem it necessary to consider the big picture because, after all, the incidence of such astronomical events is embedded in the long-term setting of Saros cycles. Each cycle lasts for centuries, therefore I consider it quite reductive to excessively narrow down the timescale of our research on eclipses.

Mars as a trigger

One of the important facts of these years is the recurring reactivation of a cascade of recent eclipses which occurred in Cancer / Capricorn. The main actor is obviously Mars, with its two-yearly cycle. Some significant eclipses were in fact multiply activated in early 2020 by an extremely charged pileup of transiting planets in Capricorn. In December 2020: the Cosmic Shift I briefly outlined the role played by the forceful and regenerative Mars – Pluto cycle during this pandemic. Back in December 2020 we were at the end of a long 1st quarter phase, with all sorts of obstacles inflaming the global battle against the greatest ‘social perturbation’ of our times. Now that Mars enters Cancer, it will move towards its opposition to Pluto (June 2021), which may well represent another turning point along this unmanageable COVID story. This is because by mid-year this particular cycle will enter its waning phase. Let’s not forget that the COVID outbreak became a worldwide concern around the early stages of the current Mars – Pluto cycle, back in March 2020. I would like to remind the reader that China (founded on October 1st 1949) draws its force, militarily and economically, from a Mars-Pluto conjunction in mid-Leo. How interesting that the country has become a protagonist during the most influential Mars – Pluto waxing hemicycle of our times! The current Saturn – Uranus square will also trigger China’s sensitive Mars – Pluto conjunction over the next months.

What about last year’s Great Eclipse?

As soon as Mars enters Cancer on April 23rd, the degree upon which the Cancer Solar Eclipse of June 2020 fell will be stimulated again. What does this mean?

I invite you all to read again my article The Great Eclipse, in which I provided an in-depth explanation of the possible dynamics at play. For years, every subsequent major ingress into Cardinal signs may coincide with a reawakening of those energies, to a greater or lesser extent. This is what occurred after the Cancer Solar Eclipse of June 2001. Each subsequent conjunction or opposition of Mars reawakened the craziness of 9/11, as a global revision of national security measures went through subsequent stages. Needless to say, the events of 2001 changed certain aspects of human life all across the globe. The events of 2020 won’t be less impactful at all, I believe.

In The Great Eclipse I specified how, for several reasons, the event in question is geographically linked to the Sino-Indian question. One of those is the fact that both national charts carry pivotal planetary placements around the first degrees of Cancer. Especially the Indian Mars (Independence chart of 1947) presents a very irritable force within the region. The Eclipse of June 2020 fell at the Midheaven, as shown in the picture below. This reinforces the impact this particular eclipse may bear upon the Asian continent throughout this decade. There is a possibility that the border dispute, or any other issues related to both India and China, become prominent in late April/early May 2021. What seems quite interesting is that the 2021 Cancer Solar Ingress (Summer Solstice chart), cast for New Delhi, features Uranus at the Midheaven and Saturn at the Descendant. India has its post-colonial roots in a prominent Saturn-Pluto conjunction in mid-Leo (closely aligned with China’s Mars-Pluto conjunction). This means that India is going through a phase of major reorientation too. All sorts of social issues which have arisen and will keep on surfacing in the next few months will eventually be seen as the manifestation of the current Saturn – Uranus transiting square. This renovating, uprooting and revolutionary force will be sweeping across degrees closely related to the position Pluto held just after WWII. As I explained in 2020/30 – A SIGNIFICANT DECADE FOR HUMANITY, this means that our modern geo-political framework is in for some sort of revision. It is quite hard to see what’s in store, but over the course of this decade, many of the current challenges will prove to be major triggers for profound international changes.

Russia, the USA and their ongoing metamorphoses

In the early 2000s Putin entered the global scene. A strong leader who surely helped a country which was still recovering from its major reformation of the late 1980s. Putin was first inaugurated as president back in May 2000, under the second last Jupiter – Saturn conjunction. That planetary cycle ended in December 2020. It may not be a coincidence that the country is now facing major challenges, exactly 2 decades after the Putin era begun. Another important configuration which features in his first inauguration chart is a Fixed Waxing Square between Saturn and Uranus. We are now facing the Waning Square of the same cycle (read more on Saturn – Uranus Square: the World Changing). In other words, we are at the opposite phase of this reformatory cycle. Over the next few years the Saturn – Uranus square will be sweeping across Aquarius and Taurus, reaching the very degrees occupied within the inauguration chart. It may be quite interesting to see how the Russian collective scenario will evolve by the time Saturn reaches the 20th degree of Aquarius in the spring of 2022. Also, the Russians are undergoing a collective Saturn return, considering that modern Russia was established in the early 1990s. Last but not least, two major conjunctions are ahead for the socialist world, explained in Saturn-Neptune and Politics. Countries like Russia are currently moving towards the Piscean Jupiter – Neptune conjunction of 2022, and the 2026 visionary Saturn – Neptune conjunction at 0 Aries.

Those two important events will also relate to the current Democratic landscape of the USA. In fact, the current Jupiter – Neptune cycle began in 2009, when Obama was first sworn in. The cyclical nature of history is a fact which cannot be overlooked. On top of all that, the USA is going through its second Neptune opposition and its first Pluto return. As I wrote in several articles over the last few months, the country is at a major crossroads. The Neptunian side of this struggle is recalling all sorts of racial issues, such as what occurred back in the 1860s, during the first opposition. The Pluto return is something which we may need to closely observe and study, given its slow, covert and unprecedented nature. At an archetypal level the country’s inner landscape is set to powerfully shift, and we may see all sorts of deep-seated, hidden and unsolved issues come to the front. Pluto is closely related not only to crime, but also to abductive power. The constant rise of internal violence or external military interventions may be part of the picture. Let’s not forget how Plutonian Biden’s natal chart is, by the way. Moreover, his inauguration chart, examined in A Tough Ride Ahead, features Pluto at the Midheaven. That’s a sign of powerful dynamics and constant changes at play within the government during the next few years. Something to keep in mind. We just need to wait and see how these changes will manifest collectively. As of now, nobody really knows what lessons will be offered to Americans.

Over the next few years, several countries, including Russia and the USA, will be evolving and transforming from within.