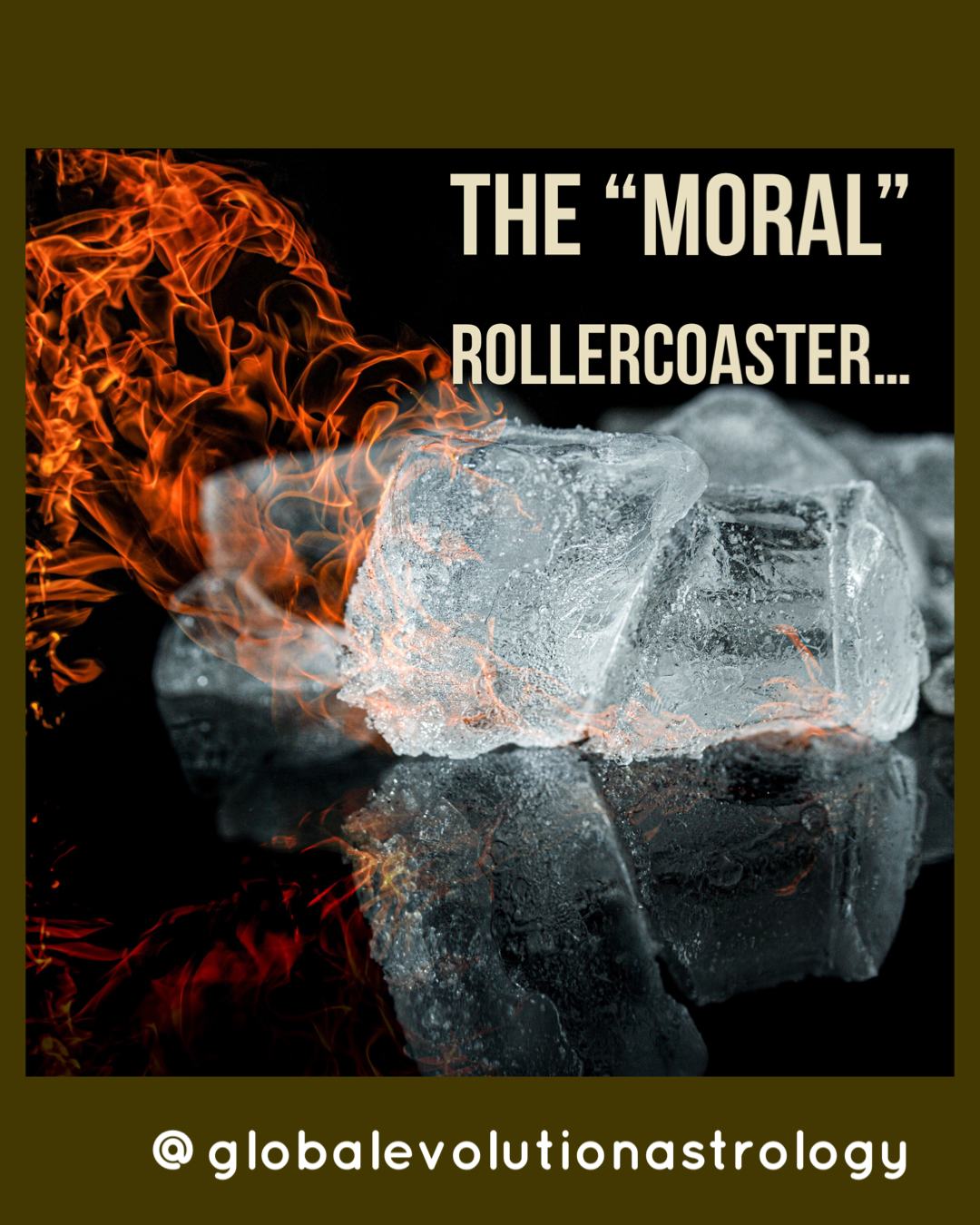 We are still fighting with the past, while we yearn for advancement. That Uranian push is still clashing with a powerful Saturnian deterrent. What is going on?

It all comes down to how we perceive this Saturn-Uranus waning square. Many astrologers look at past times when the two planets happened to be in the same signs. Fair enough, but I prefer to look at their synodic, cyclical interaction. As I wrote last year, the socio-political balance which was established around the latest conjunction, in the late 80s/early 90s is going through a peak experience. We are preparing for the next major reorganisation of the early 2030s.

In 1989, the fall of the Eastern block revolutionised not only the communist world, but also the rest. The ultimate rise of the American power is directly linked with the “downfall” and regeneration of its greatest Cold War enemy. Whose turn is it to fall now?

We do not know how the next few years will eventually play out for the United States, which are fragmented at their core, way more than we can imagine. Yes, that sounds truly in line with a looming Pluto return. A huge economic empire destined to trigger a SUPERNOVA.

Nevertheless, we currently have to deal with the push and pull of this Saturn-Uranus square. Wanting to move forward, but also being aware of the restrictions and obligations which come with it. This energy has split society into two angered factions. It was already visible after the US elections, and then with the arrival of the demonised jab.

God knows what else will cause more polarisation…

The upcoming New Moon in Scorpio will directly address that square. It will be extremely unpredictable. As the Sun, Mercury and Mars move through 7-12 Fixed degrees we will be shaking again. We will add one more layer of consciousness to this epochal wave of change.