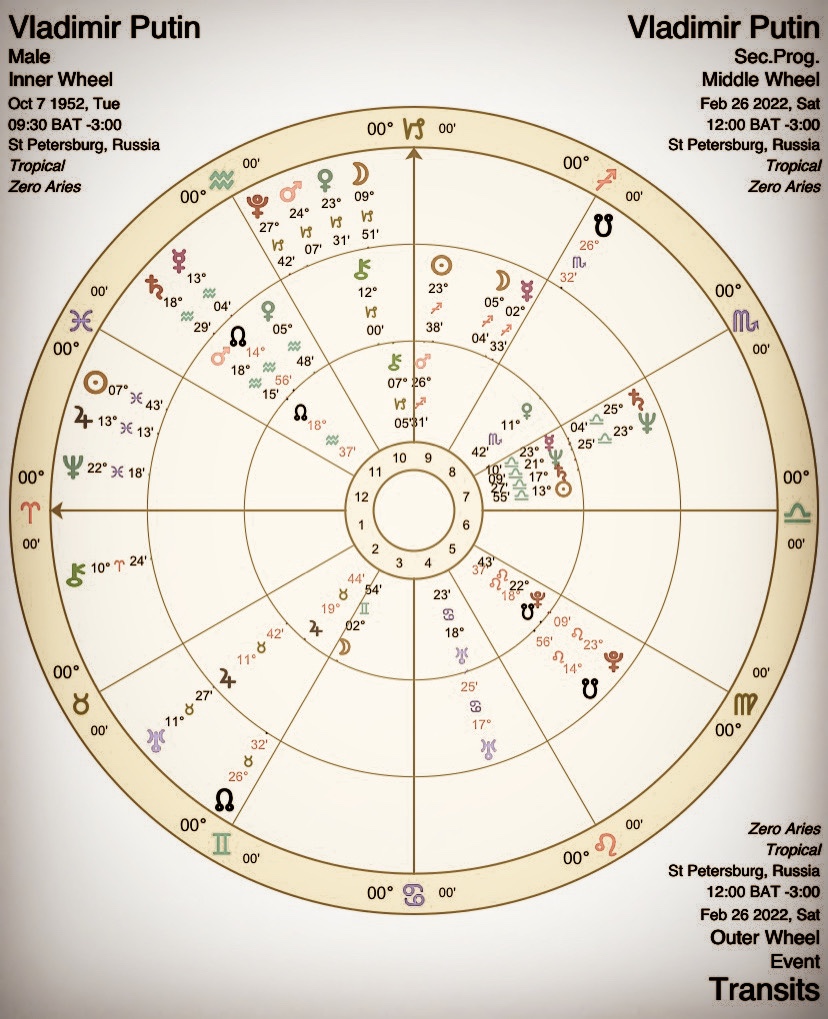 Putin was born under a wide Sun-Saturn-Neptune-Mercury cluster in Libra. That shows us the image of a firm believer in communist utopianism. I’ve not set any angles for this chart, due to the fact that his birth time record is unverified.
As I wrote last year on my article about the decade ahead, the Saturn-Neptune conjunction of 2026 at 0 Aries will probably represent yet another rebirth of the Russian world. It looks like the nation is already preparing itself for that.

By the time Saturn and Neptune meet again in the sky, Putin’s progressed Sun will have reached natal Mars, which sits right on the Galactic Centre (26 Sagittarius). That degree definitely holds enormous importance in global affairs. More importantly, he is approaching a progressed New Moon, which will fall quite close to his natal Mars. He is entering a new phase of his life, and it is action-oriented. We are not sure which natal house these progressions will fall into, however, the Sagittarian signature speaks of ideology, expansionism and possibly excess. Natal Mars in Sagittarius is unrestrained, and it can get overly excited, ideological and expansionist, especially when it is out-of-bounds, like in Putin’s case.
Uranus has been opposing his introspective, deep, and perhaps retaliatory Scorpionic Venus. This seems to have redefined his alliances, as well as unleashing the darkest wishes he holds within.

All in all, we know both the USA and Russia hold shared responsibilities in this whole story. The American Pluto return seems to be showing its early messages already, just as a profound divide between East and West is currently taking shape. 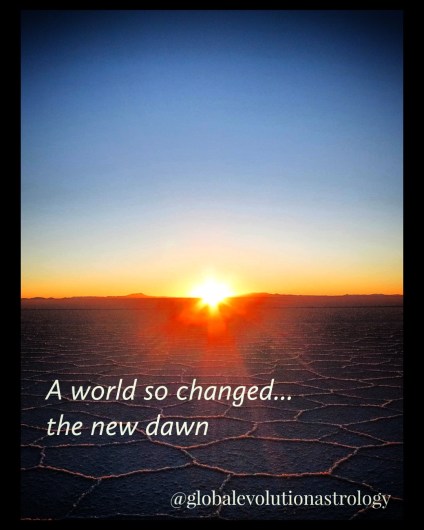 A Heated Season Ahead Mundane
The Uranus – Eris Cycle Astrology