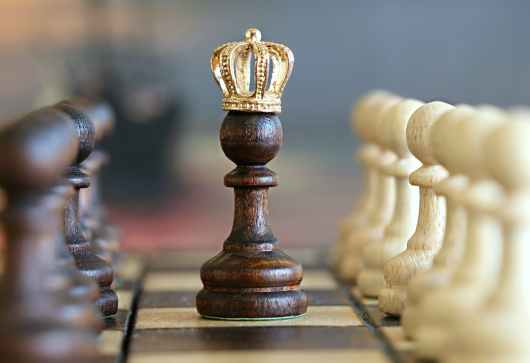 Her Majesty Queen Elizabeth II has died, King Charles III takes the throne, and the UK opens a new chapter. It seems obvious that the last couple of weeks have brought quick and radical changes to the nation. Under this Piscean Full Moon conjunct Neptune, the UK grieves together with the entire world, it enters a period of mourning and suffers from the necessary confusion which accompanies any major transition.

Though the Queen was 96 years old, a massive popular shockwave has affected the world. The powerful Saturnian figure she represented will be hard to erase. In fact, most of the population has lived seeing her in power; she had become a stable symbol throughout her long reign. Here we can appreciate the profound significance of her natal Midheaven in Scorpio conjunct Saturn. With that natal configuration, she inherited responsibility, as if destiny had guided her into a life inexorably filled with a profound sense of duty. This is the cost of dealing with Saturn’s energy: we find ourselves in the midst of burdensome circumstances, but power and recognition are granted in the long term.

Queen Elizabeth’s coronation ceremony began at 11:15am on June 2nd 1953. The Gemini Sun was eclipsed several times over the last couple of years. The most significant one was a solar eclipse falling at 12 Sagittarius in December 2021. Mars’ transit over the eclipsed Sun brought news of her death. Since 2020, when Saturn crossed her Capricornian Ascendant, she had been going through a heavy time. Saturn transiting through the 1st House brings the need to slow down and work with one’s own limitations. Last year, when Saturn opposed her Moon in Leo, her husband Prince Philip died. Their respective charts made some fascinating synastry; her Moon is conjunct his Neptune, and his Moon is conjunct her Neptune. They must have lived and perceived their connection as a dream. Many have written about how her public engagement shifted since the husband’s departure. In fact, Saturn’s opposition to the Moon opened a period of grief and possibly brought a sense of generalized loneliness for her. This eventually culminated yesterday, as the planet was moving retrograde over her Midheaven’s ruler. The Queen’s natal Mars at 20 degrees of Aquarius appears as one of the elements of a powerful Fixed T-Square. Mars is conjunct Jupiter in Aquarius in the 1st House, opposite Neptune in Leo in the 7th, square angular Saturn in Scorpio at the Midheaven. Her journey was characterized by the enormous struggles symbolized by this aspect pattern. The presence of Saturn on her natal Midheaven shows her lifelong ability to overcome obstacles and the fateful call to a very long period of service. In an article called Royal Astrological News I wrote about her Solar Arc Directions, and how they would somehow bring some stress upon her natal T-Square. In fact, the last months have been quite difficult for her and the family. She appeared increasingly fragile after the husband’s death.

Queen Elizabeth’s natal Midheaven is exactly at 25 degrees of Scorpio in conjunction with Saturn. The Lunar Eclipse of May 2022 (25 Scorpio) brought her mission to a conclusion. That eclipse’s message unfolded within just a few months, but sometimes these special lunations activate dynamics which take years to unfold. It is also interesting to note that at the time of that particular eclipse in Scorpio, the luminaries were angular over London. We can read something about that whole lunar month in this article: Partial Solar Eclipse in Taurus. During those days, there were concerns about the Queen’s health, as she unprecedentedly delegated the State Opening of Parliament to her son Charles. However, she managed to attend her Jubilee during the same month.

The national chart is another significant element to look at. We should not forget that there has recently been a Progressed New Moon in Leo (The UK and its Progressed New Moon). That was another indication that the UK was preparing for a major turning point. Several journalists are writing that a new chapter has started for the nation. We have witnessed a complete overhaul, with Truss’ and King Charles’ arrival. It seems that a decisive change was supposed to occur now, and that it was destined to affect both aspects of the British government. King Charles’ natal Midheaven is at 13 degrees of Aries; Chiron’s transit over that area of the zodiac has brought a major lesson for him. Having lived most of his life with the mother as a monarch, Chiron conjunct his Midheaven has permanently shifted that paradigm. He has finally inherited the title, entering a phase of personal emergence. His connection with the mother was profound, as described by the partile conjunction between his Taurus Moon in the 10th and her Sun. His profound identification with the values and image of his mother is written in the chart and synastry. Chiron’s passage over his Midheaven, and its opposition to his natal Venus-Neptune at the IC, has shifted all this. As King Charles III moves into the Balsamic Phase of his progressed lunar cycle, his life dramatically changes. As I explained in UK, Brexit and COVID #2, King Charles’ Progressed Midheaven has been approaching his natal Uranus by conjunction. When I wrote that article in December 2020, I did not know when that could eventually trigger a change of social status, because these slow progressions obviously need to be activated by faster moving transits. However, it seemed evident that big changes would affect his life within months or a few years.

King Charles’ Progressed Sun entered his 7th House a couple of years ago, and so did Saturn by transit. He has been preparing to meet the world, to emerge after many decades of working on the side of the monarch. Pluto is currently moving towards his Descendant, and it will reach it by 2027. Meanwhile, it will be squaring his Moon. This powerful transition is going to require enormous effort from him. It may be quite interesting to note that he will be proclaimed King tomorrow, on Saturday September 9th, with Mercury turning retrograde at 8 degrees of Libra. I wonder if that is going to bring any delays, or if it simply tells us a story about his future reign. Queen Elizabeth has gone during a time of reflection and public confusion. We already know that Charles is not as widely accepted as his mother. His rule, initiated under this station of Mercury, may therefore symbolize a reorientation of some sort for the English monarchy.